‘It’s the real talking point of the house’

Seeing Balconette’s glass balustrades at Grand Designs Live and being able to discuss his project’s challenges with the team galvanised Simon Horsman into action. Four years later, his balcony is the ‘focal point’ of his 1930s renovated home in Rotherham, South Yorkshire. 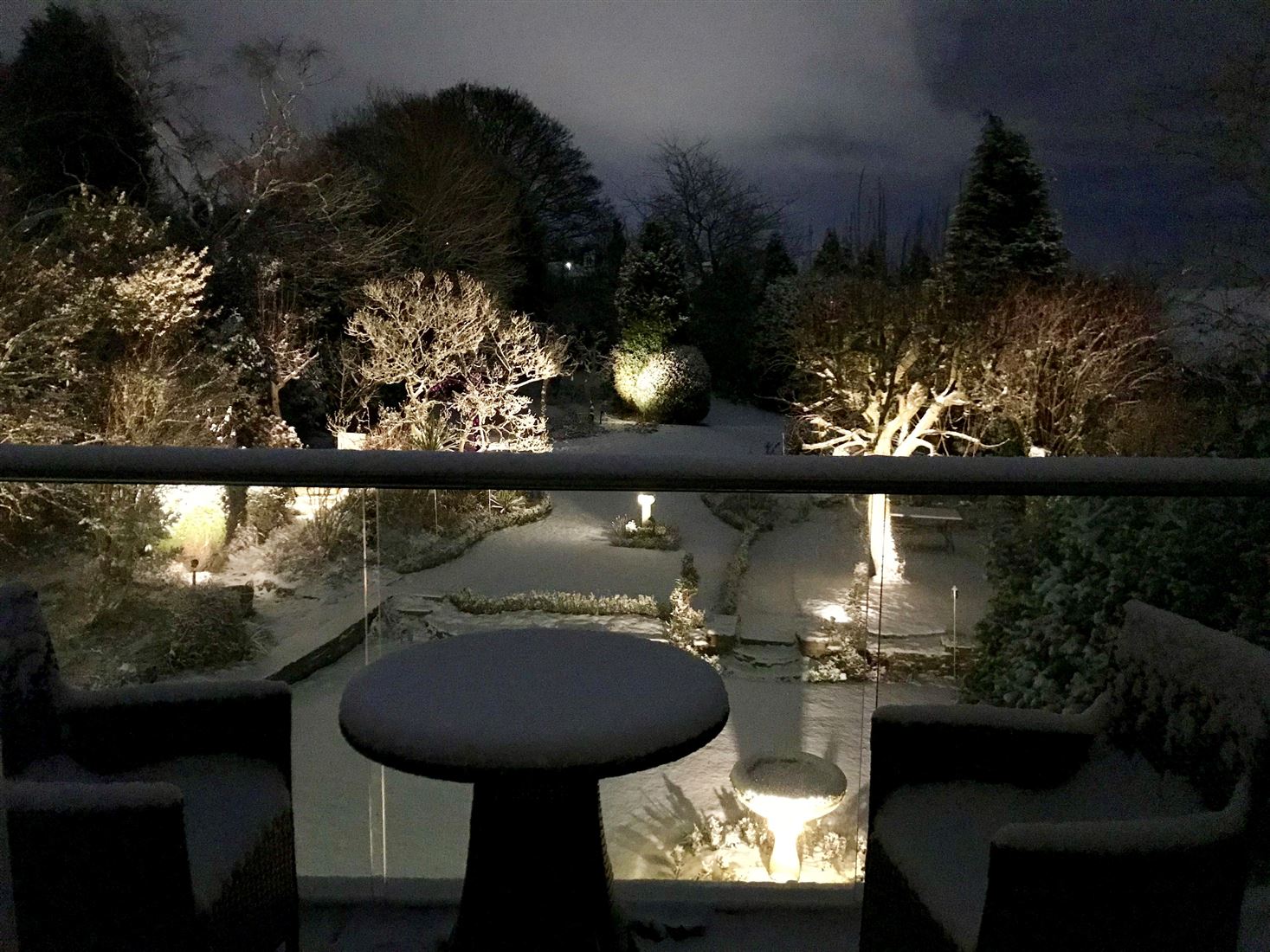 “It’s the real talking point of the house; it’s a nice place to be and it’s made a big improvement to our home,” says Simon, whose striking photos earned him the top £100 cash prize in Balconette’s Winter Photo Competition. Two runners-up each received £50 in cash.

The company’s glass balustrade with Aerofoil handrail is installed on a ‘floating deck’ above an existing flat roof extension to create a private external balcony. Access from a bedroom is via French Doors that replaced a smaller window.

“We benefited from seeing Balconette’s products at Grand Designs Live and talking through with their experts on how to install a glass balustrade on a floating deck,” continues Simon. “As a result of their helpful advice, we were happy to go ahead.

“Creating the balcony has achieved our vision of making more of the space above an existing flat roof extension. It also allows us to enjoy the garden views, whether at breakfast or having an evening drink.”

As a ‘confident DIY-er’ and with help from his builder, Simon said installing the balustrade was ‘quite easy’. He adds: “Glass was important to us as we wanted as clear a view as possible over the garden. The balcony is the focal point; it’s opened up views to inside the house.”

The two runners-up Jonny Moon and Richard Taylor each received £50 for high-quality photos of their respective projects.

‘If we can design aircraft, we should be able to install a balcony’

Two Balconette frameless Juliet balconies were chosen by Jonny and Suzi Moon to retain clear views from a new extension that has doubled the size of their 200-year-old cottage near Bristol.

“With having so much glass at the back of the house, we wanted a clear view and having researched a number of companies, we decided Balconette’s was the best. We liked the long fixings to the wall and being totally frameless, nothing obstructs the view,” says Jonny.

With the help of a couple of fellow engineers, his two teenage sons and some climbing rope, Jonny installed the Juliet balconies himself, saying: “We calculated the stresses and strengths of the rope, thinking, ‘if we can design aircraft, we can do this’. The panels were quite easy to fit, despite being really heavy; but it worked!”

He added: “The balconies are fantastic and are exactly what we wanted. We’re really pleased with them!” 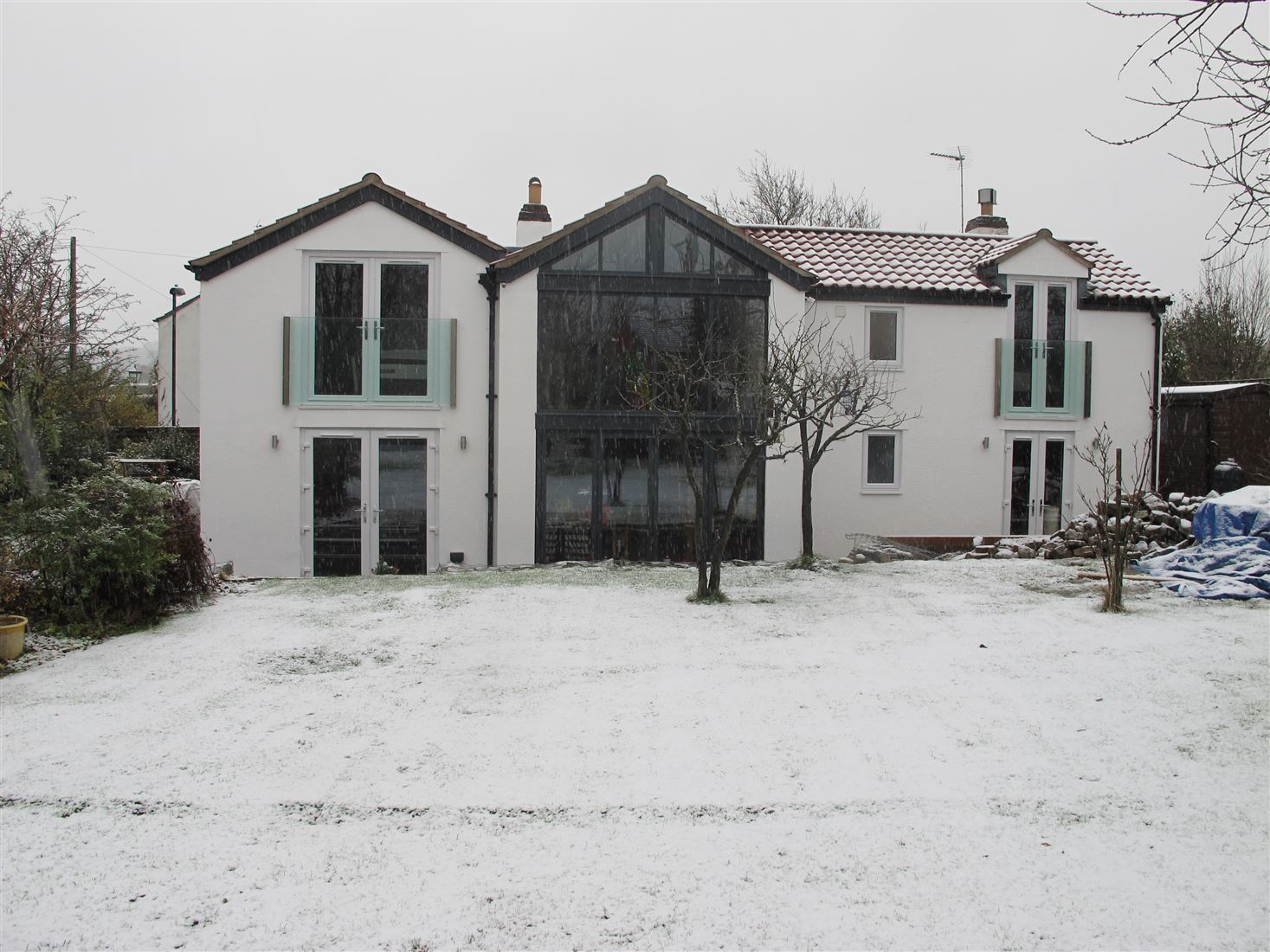 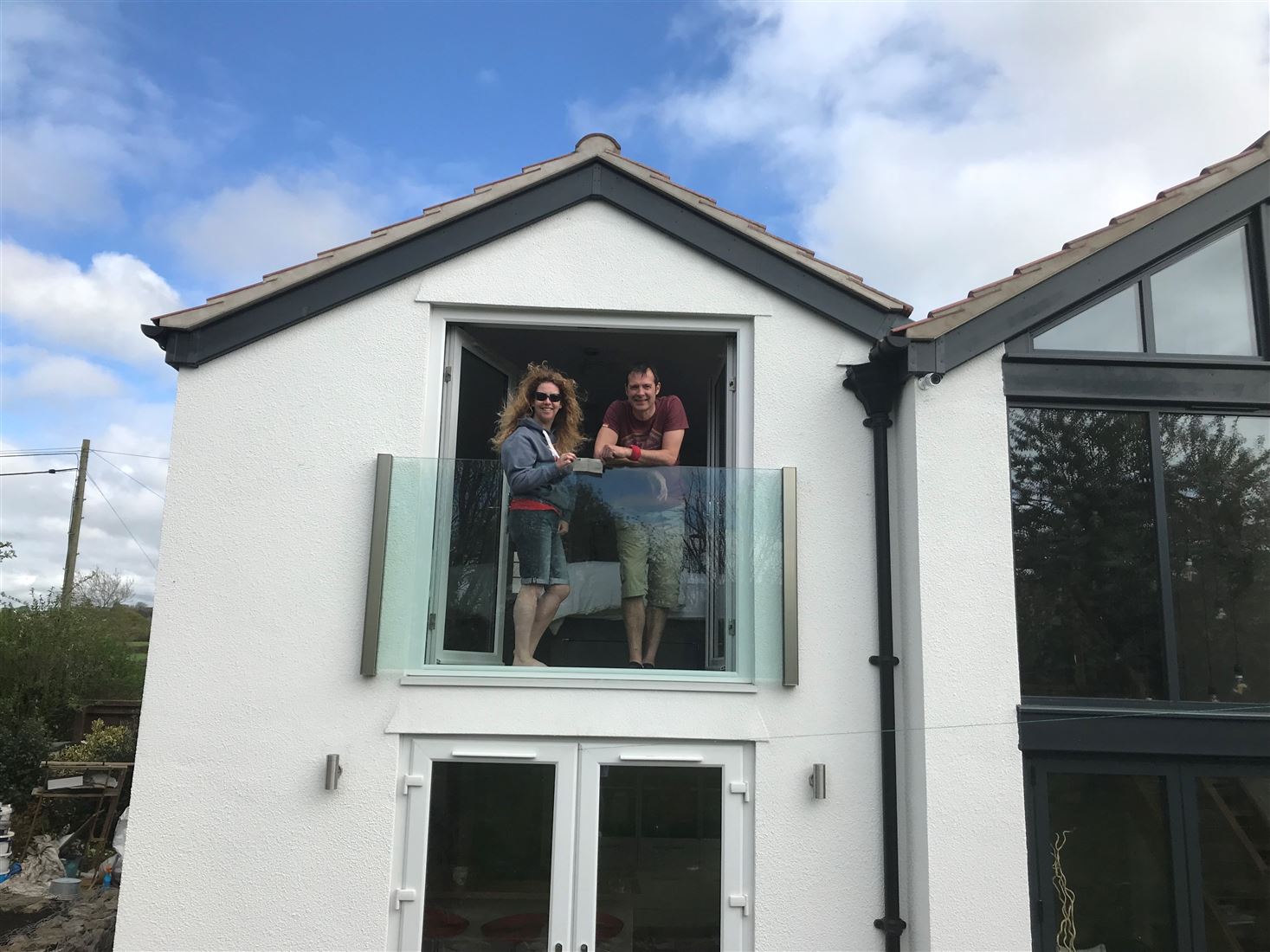 Installing a glass Juliet balcony in a new extension at their home in West Calder, near Edinburgh has given Richard and Susanne Taylor a ‘grandstand’ view over an adjoining park. Their two Rough Collies love it too.

“It’s modern and classy, gives us a great view to the outside and the dogs can see through it, which is a big bonus. They look out every day,” says Richard, who installed the balcony himself with help from his neighbour, a joiner.

He adds: “It lets in a lot more light as you’ve only got one solid rail, the rest is all glass. And we get a grandstand view of fireworks in the park every year!” 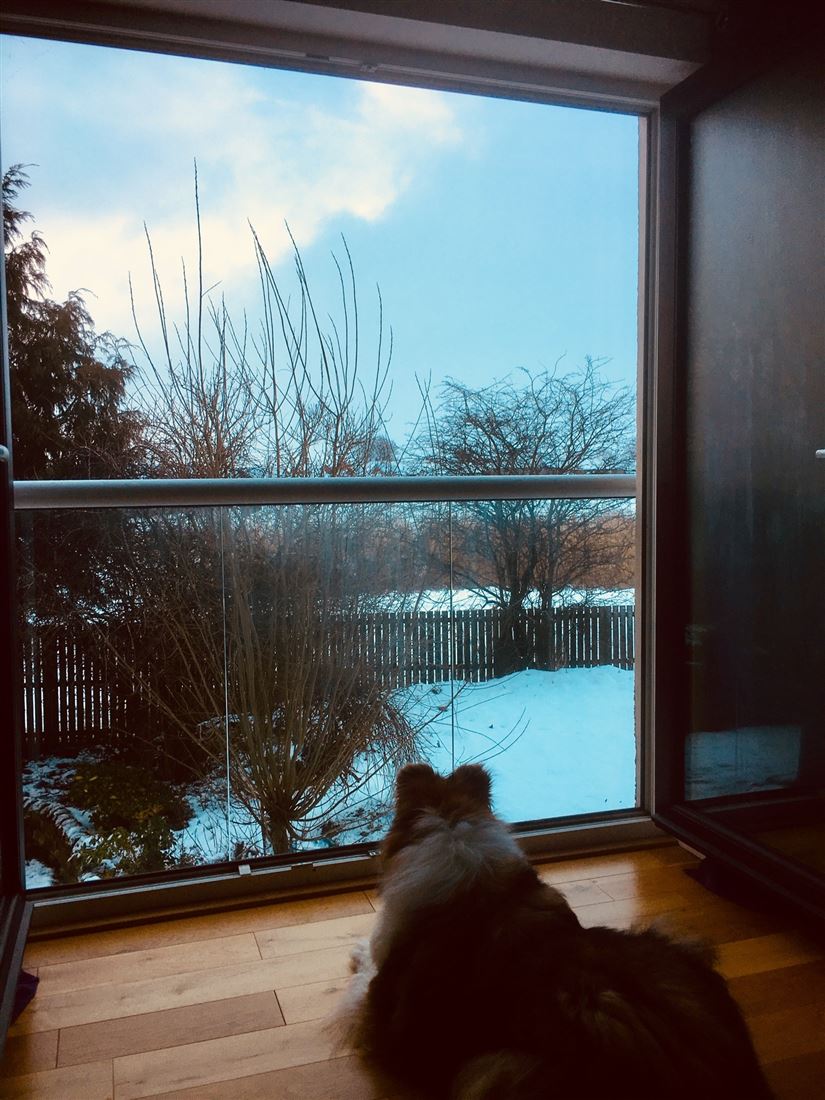 Back to Case Studies
Request Brochure >